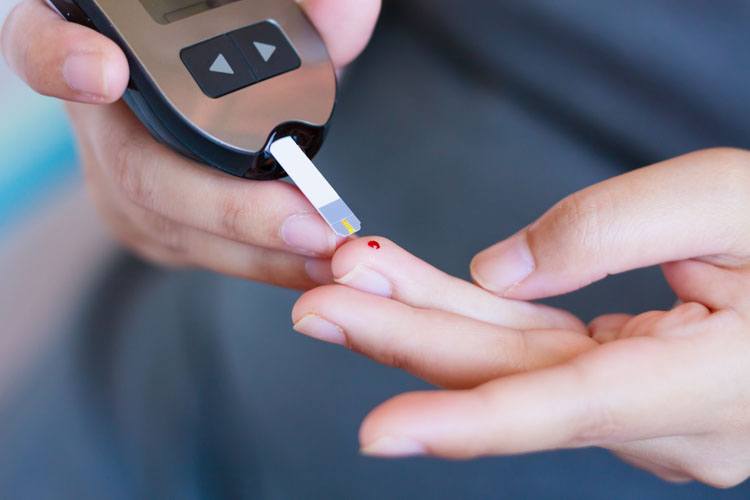 Diabetes is a condition caused by the body’s inability to regulate blood sugar (glucose) levels normally.  According to the NHS, more than 2.8 million people are currently known to be suffering from diabetes in the UK, with more than a million further individuals believed to have undiagnosed diabetes.

There are two types of diabetes:

Type 1 diabetes usually manifests itself in early childhood or adolescence but can appear at other times in life.  It is largely a genetic problem in which the pancreas fails to produce the hormone insulin to regulate the sugar levels in the blood. The sufferer has to inject themself several times a day with insulin in order to maintain normal levels. This is a lifelong condition, and accounts for between 5% and 15% of all people with diabetes.

Occasionally diabetes may develop in pregnancy when it is known as gestational diabetes and in most cases this condition does resolve once the baby is born.

Type 2 diabetes generally develops later in life, although the trend is that the onset of type 2 diabetes is becoming earlier. Type 2 diabetes is generally caused by the pancreas failing to produce enough insulin and so the person needs to carefully regulate their diet and in particular their carbohydrate intake.  In addition, they will usually need to take medication in order to control their condition.  Type 2 diabetes accounts for between 85% and 95% of all people with diabetes.

Why is it important to have normal blood sugar levels?

The body needs energy to be able to function properly.  Without it we simply cannot do the things we need to do in order to stay alive. We take in glucose (sugar) in the foods that we eat.  The hormone insulin acts like a key to “unlock” the glucose ready for the cells in the body to use it as fuel.

Without insulin or with reduced levels of insulin the body can’t unlock the glucose that we have eaten and so glucose levels rise within the blood causing problems.

What problems can occur?

Too much or too little glucose?

It is important to maintain the correct balance of glucose in the body.  Too much glucose in the blood causes problems known as hyperglycaemia as glucose levels build up, but are not being used sufficiently. Too little glucose causes hypoglycaemia where the body has run out of fuel.  Both Type 1 and Type 2 diabetics can have either hyperglycaemia or hypoglycaemia at different points in time, depending on whether they have excessive or insufficient sugar in their blood at the time.

This condition builds up over time, maybe a few hours, days or weeks. There are a number of typical symptoms of hyperglycaemia:

If you have any of these symptoms, you should make an appointment to speak to your GP. The sooner they can be treated the better it will be for your long-term health.

This is a short-term complication of having diabetes and happens when your blood sugar level falls too low (technically, below 4mmol/l).
This often happens because people have either missed meals, done more active exercise than was planned for or had too much insulin.

The treatment for this is to give some sugar or food or drink containing sugar such as Lucozade, cola (not the diet variety), glucose tablets  or fruit juice.  This should be followed with a meal, or something containing carbohydrate such as a bread roll, bananas or cereal bars.

The person will need to recheck their sugar levels after 15 minutes and if necessary eat some sweet food until their levels are back to normal.

Diabetes is generally first diagnosed as a result of the patient visiting their GP with symptoms of hyperglycaemia, resulting from excessive glucose build-up.  It is estimated that over the next 10 years, the number of people suffering from diabetes will more than double.  If you have any of the following symptoms, visit your GP to arrange for suitable tests to be carried out:

Diabetes and the recognition and management of hypoglycaemic attacks is included in the full 3 day First aid at Work course syllabus.

More information regarding diabetes, its symptoms, effects and treatments may be found by following the links below: